New Smartphone With Battery Backup up to 50 days!

One company has announced that smartphone it will battery backup up to 50 days at one single charge, it's true Avenir, has launched.
Avenir Telecom, a company based in the capital city of Paris, has introduced a new smartphone called Energizer Power Max P18K Pop.

The phone gives battery backup 2 days while continuously watching video without any break, and also it will give 4 days battery while continues speaking. 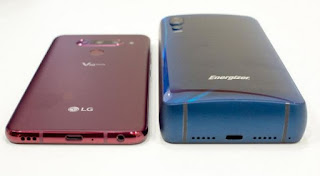 Energizer has all the features of the modern smartphones that are 6.2-inch display and also it ass 3 rear camera. The weight of this smartphone is much higher because of the high battery power.