Redmi X leaked poster and specs it will compete with iphone X !

By Botdroid Thursday, May 02, 2019
In this week Xiaomi was confirmed Snapdragon 855 phone will launch soon by redmi via official avenger video.Any way it will be the biggest flagship phone ever made by xiaomi.Last two days Rumours are spread over internet and it goes on viral.


Leaked poster it shows the Redmi X with pop-up selfie camera,with new Glass back design,and also it has triple rear camera.
And the phone box also leaked Redmi X have an Avengers Edition with iron man theme.Slashleaks leaked the poster of retailer box it will show the Redmi X has grey colour variant,and this is the first flagship phone come with pop-up selfie camera by Xiaomi.
Definitely without any doubt Redmi X is the biggest competitor to Realme X,recently realme announce the Realme X will comes with pop-up selfie camera,any way we hope xiaomi will launch this flagship phone soon in india,because most of the mi phones will launch in india with renamed from chinese variant. 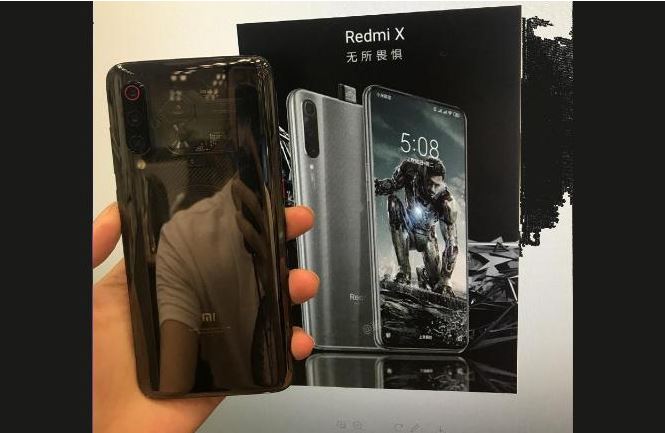 Redmi note 7 and redmi note 7 pro are biggest success of Redmi they have recently launched in india.Any way apple iphones so popular than the Mi and Redmi series,so never bothered about it redmi does not competitive with iphone.