Hello guys if you want to become an ethical hacker still now it's your dream that's cool, you just have to watch these best hacking movies. Today I come back with the list of best hacking movies of all time favorite must you should watch in 2020.


Note : Hacking is illegal.so you can use your talent in Ethical Hacking.

Blackhat is an American thriller movie direct and produced by Michael Mann. Hackers are hacked nuclear power plants in China and also they hacked banks and steal millions of dollars. Star casting of the movie is Chris Hemsworth, Tang Wei, Viola Davis, Ritchie Coster.
Release Date Of the Movie:08 of January 2015.

#2.Hackers-1995 (American movie)
Hackers also an American movie director lain Softley and produced by Michael and ralph winter. The movie is based on two young hackers' life. The budget of the movie is 70 million dollars but the box office collection is only 7.5million USD.
Release Date Of the Movie:15 Sep 1995.

#3.Untraceable (2008)
The story of the movie is a serial killer kills his victims which based on the count of his website visitors.
Inayathalam is the same story based on this movie, direct by Gregory Hoblit.
Release Date Of the Movie:25 Jan 2008.

In the film, Mcclain has attempted to control cybercriminals to attacks their Government computers. Star casting of the movie is Bruce Willis Justin long, and the director of the movie is len wiseman.moral of the story the cybersecurity team to find the computer hackers who hacked their gov computers. this movie collected three times more than the budget, box office collection is around 383 million dollars. 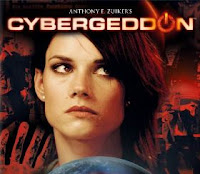 Cybergeddon is the mini web series based on Ethical Hacking. This film is also available on Netflix

#6.The Fifth Estate
The film is based on Wikileaks the news leaking website directed by Bill Condon, producers steve golin, Brad doors, Stars Benedict Cumberbatch, Daniel bruhl, it has released on Oct 2013 in India. The budget of the movie is $28 million dollars, movie runtime is 128 Minutes.

#7.Eagle Eye
The movie release in 2008, it is an American Movie. Two guys receive a call from unknown women she will say some task if they don't finish they will die, it's just like a horror movie but the women will track the victims using technology and their information. 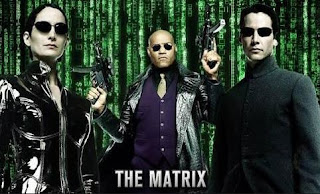